If you feel that portraiture are beginning to bore you and you have been doing way too many portraits, try doing it at night.

Its a totally different level and playing field at night and the resulting images often brings a long lost smile to that photography kid hiding inside.

All images below are taken with Nikon CCD sensor camera at F1.4.  As to which camera it is, you will have to dig around my blogs to find out, i have been very vocal about how underrated this camera is, i bought three of them just so i have some assurance of its continuity.

The model is Amanda CME, also known as Mak3upQueen, you can find her on facebook and if you happened to be in Malaysia, do engage her makeup services for your model photoshooting. 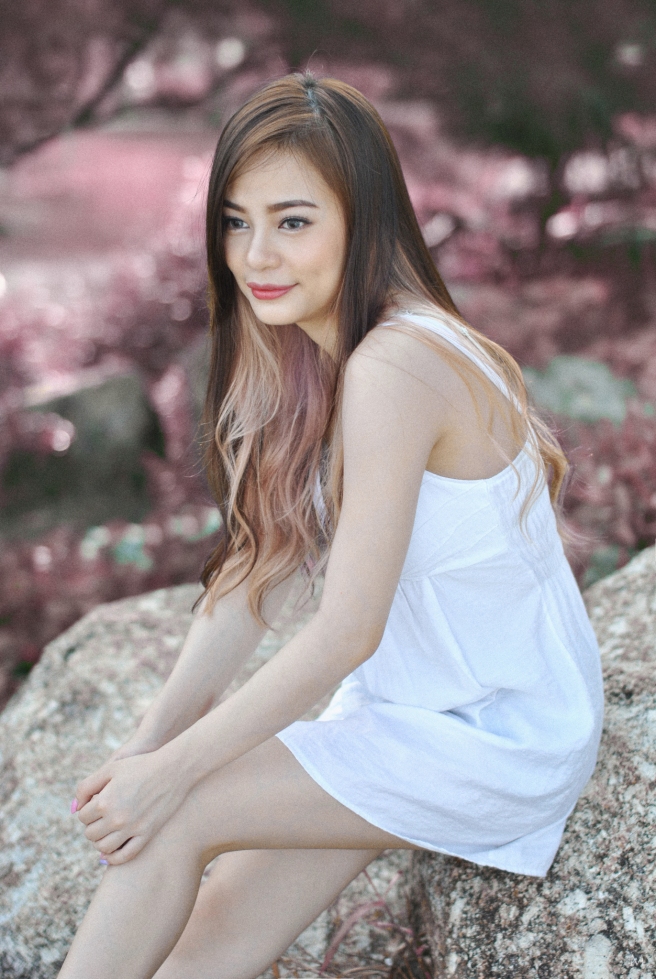 This is Amanda CME (fb,insta: mak3upqueen). I met her 3 years ago and last sunday we decided to collaborate. I shot this album using both film and CCD digital. Unfortunately film is still processing and not out yet, so do enjoy my digital version. Shot on the “lousiest nikon camera – ken rockwell” D3000. 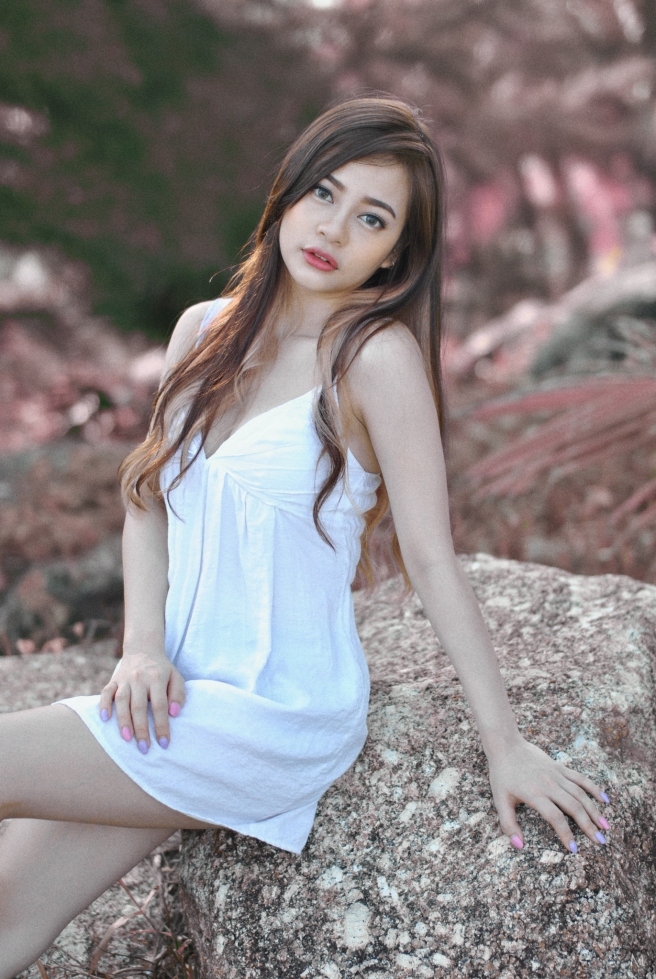 As much as i am eager to see the output from the 6×7 film i shot, these CCD output from my Nikon camera are just awesome. Amanda have done so much makeup for her clients, doing model poses is like a walk in the park. 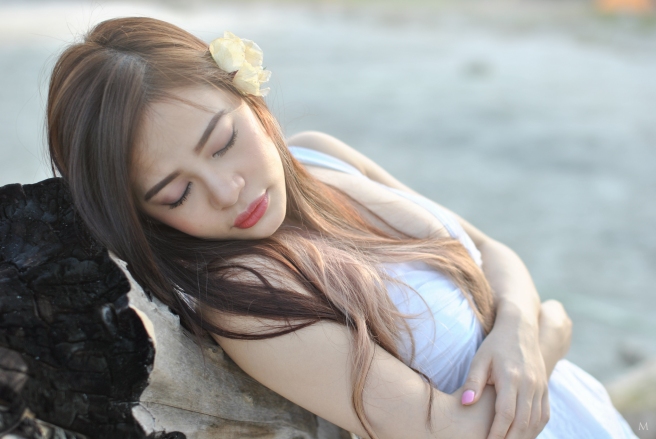 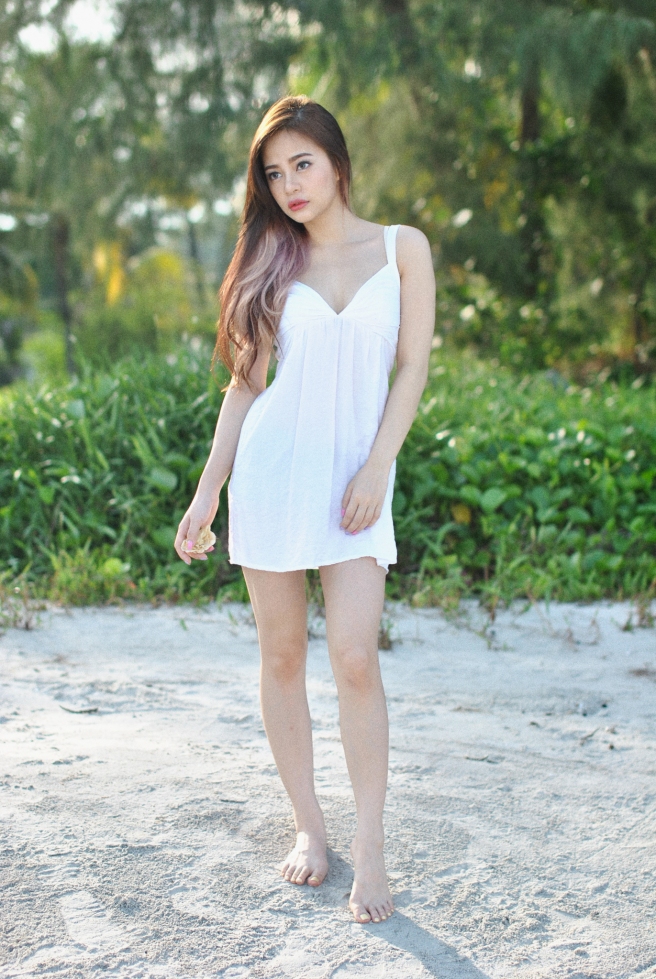 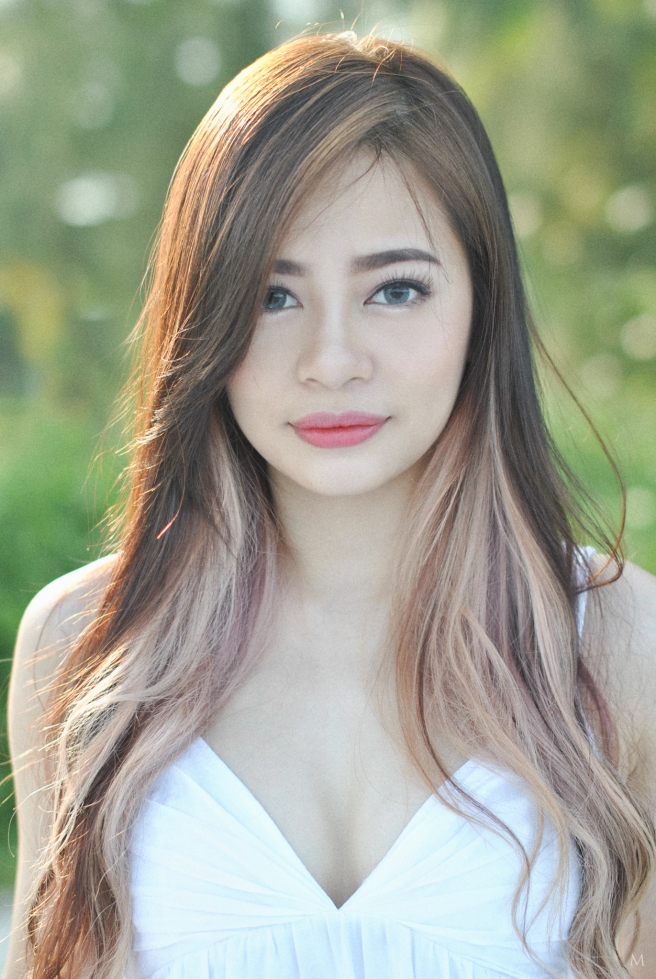 Hope you enjoyed the photos. I am the best portrait photographer in Malaysia, not commercially, but in my thoughts, reach out and passion.  Do forgive me for the arrogance 😉

* twits taken harvested from twitter postings across June-October 2015.
* all photos taken on a nikon d610 on a 50 1.4d. Processed for Agfa vista 400.
* wondered how the whole set would have been if they were shot on film.

The year is 2015. We see a shift of marketing from magazine and printed ads to influencers and celebrities in the social media.
There are now full time fashion bloggers that manages to etched out a living by blogging, uploading photos and socialising.
The source of power behind all these activities : images.

Daniel wellington gave away their watches to mid level influencers in instagram and facebook. Influencers whom are not actresses nor celebrities in any level. The actual celebrities and high end influencers are only available to actual luxury brands, but the mid and entry level influencers whom none of the big names cares to contact were flattered by such invites and free gifts.
DW made a killing with this strategy. The lower influencers just wears it and images of them begin to populate the average feed of the millennials.

Images can change lives. I have personally seen how my photos changes lives of some of these new models/influencers in many ways. While the complexity of life and opportunities are never attributed to just image generation, it is without doubt part and parcel of today’s marketing. Marketing creates leads and opportunities.

The line is blurring between those capable of creating images, the subject herself/himself and the advertising firms. Google, facebook, instagram, whatsapp, youtube are all tied to the advertising industry as a whole. The biblical truth of “do unto others what you want others to do unto you” being applied unknowingly, in the most powerful and direct manner : advertising.
We help you make money, you give us money.

Texts are just messages carried by the images to strengthen its message.

Are you an image maker? Congratulations, you have been empowered to do something in this world. We were all made in His image when the world begun, its a process that works across borders and time.

Sometimes some of us must wonder. Does anything we do actually means anything. I believe we are each called to live this life in a significant way, significant and yet transcends time.

Two years ago, a friend of mine, lee lit min, died in his apartment in San Francisco. A geek at heart, he has no girl friend and never bothered him to socialize for that purpose. He worked for Juniper networks and later some car company on software for car dashboards.

Lit min inspired me in my teenage years to do programming, which ultimately became my career of choice. He was my best friend, period. The cause of his death..cardiac failure. All that is left are his photos and images in my mind. Nothing he did, in computing, meant anything. His existence and friendship did.

In 2011, a long lost friend who is an air stewardess suddenly appear and asked for my help to take photos of her. Kiko is a cheeful person and i was surprised that she willingly took every opportunity to get her photos done, despite her working schedule. I was very new back then and pretty much learning as i go. Did a collection of photos of her and her sister Corrine, a wonderful set in Broga hills near Semenyih and various other albums.

I only found out the reason to her determination later on. She had cancer. Late stage breast cancer and wanted the best of her images taken. By the time she allowed me to know this, it was thru her sister cause she has left back to Singapore. I took a plane down to visit her the very next day..saw her last smiling expression, and she left earth the following day.

Three years ago, in 2012, i met Janice, an aspiring model. The Kiko incident reminded me that i should do my best if help is needed. In 2013, we were like the best friend/photog/model combo you can think of. I had her interest in my mind all the time and found it highly motivating to help her, to the best of my limited influence in that community. Few months down the road, our friendship faltered, i didn’t know why, communication was harder and it just went on drips.
I wish her all the best, pretty much have the best interest that she succeed.

Now its 2015. I am shooting film and occasionally digital. I have joined a startup while taking leaves from my own company, leaving it in very capable hands of my other partners.

The world didn’t become better because we embraced iphones and facebooks. Economies of many European countries are still failing. China still churns out the worst humanity news and terrorists like ISIS are still killing innocents in the name of religion.

We flood our attention with movies and feel good marvel stories. Deep down we hope that some avengers or Superman will come and put everything in order, that all these issues will be gone and the good prevails.

* Click. I took some photos of Angela last week using a digital. Spent some emjoyable time editing it and trying to make it filmic. Applied VSCO’s Provia 400. The last lab that could do real color slides processing just announced they no longer offer such service a month ago.

* Click.
A small part of me wished that my images can comfort some soul out there in this world, make someone’s day and life brighter.

Film. Yeah, i been talking about the joy of shooting film and why the lesser road travelled might have more to offer than you could imagine.
These are simple images taken on Elaine Cheah. Elaine is a very simple girl, loves cats and have a strong devotion towards relationships. I have met many freelancer models in these last 4 years and seen various pageants and contests where some of these freelancer friends joined or win.
Elaine on the other hand, have no interest to join contests. Doesn’t apply much makeup at and looks like someone that jumps out of some korean drama into the world.

Now back to film, as incoherent as my thoughts are, the point is simply this. Just because its popular, doesn’t mean it represent the best. Digital been going around countless megapixels and features, the resemblance is almost to many pageants contestants, wipe off those makeups and it has nothing to offer. Layer after layer of makeup, hairdo and mascaras populates the face of the next contest winner.

Both the mobile and camera world has gone mad and offering gears after gears and lens after lens with no real contribution to your photography skills. In fact, do notice that mobile phones have nothing much to boast about nowadays and have focused primarily on its camera features.

In a short view of some of the top digital brands today.

Sony the leader of the FF mirrorless A7 line of cameras. 6 months and your existing gears are obsolete.

Its an endless chase. We all know where the best girls are, next door and rarely any of them made it to pageants as winners.
Those who win, gets dethroned the next year. I believe any of the digital FF entry level given by nikon, canon or sony is good enough to produce the best images for ANY passionate photographer. The rest of the features imho…caters for a very niche set of professional photographers.

My nikon D4 was hospitalized at one point in time and i had a friend coming down from Kampar (Perak, Malaysia). Basically its going to be a night shoot and without the D4 my only other

feasible option is to use the Olympus Pen Ep5. (I did get the camera back in time and you can check out the album here : http://marcuslowphotos.com/2013/12/27/elaine-crimson-jewel/)

The problem with the Olympus EP5 is that its a 4/3 and the lack of shallow depth of field and low light usability might be too far off my nikon D4. So i ordered the 75 mm 1.8 Olympus and tried it on a friend who

is keen to try night photography too.

The Olympus have one advantage that might even out the results, it has the amazing 5 axis stability, that combine with the 75 mm 1.8 might just pull off a decent result. 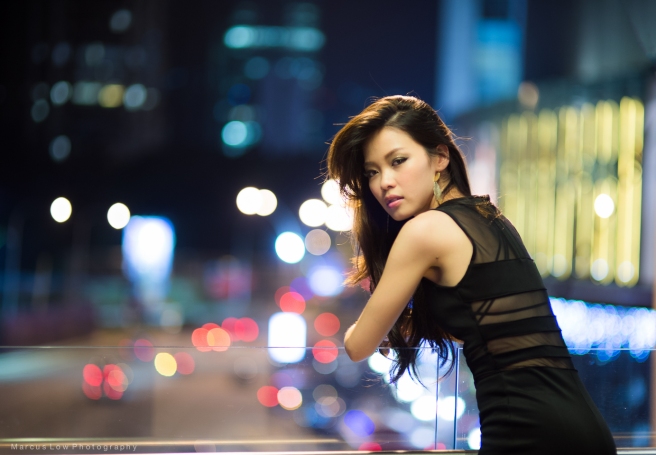 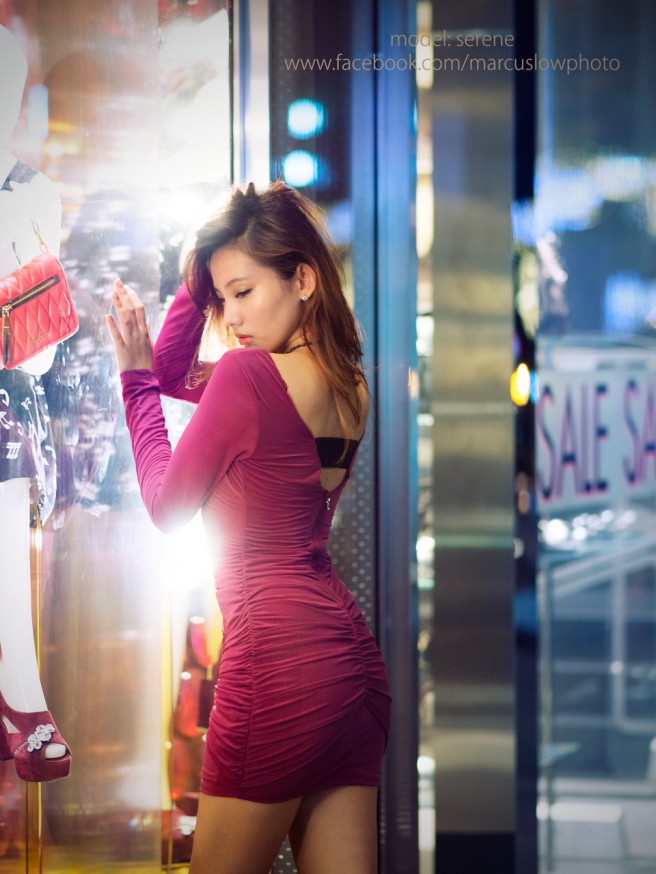