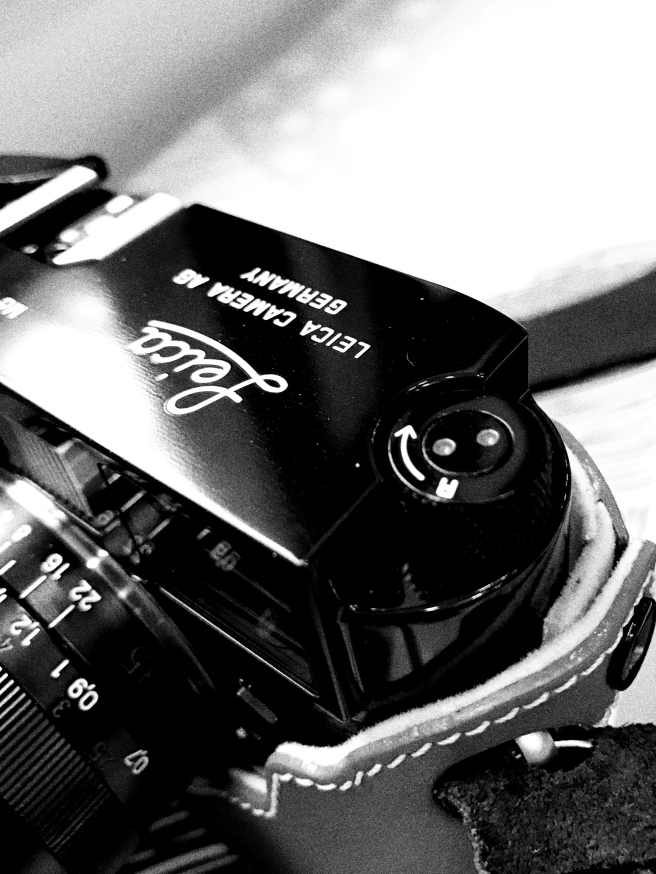 The year was 2000. The millennium, a year that promised great changes and greeted by chaotic predictions of a technology Y2k bug.

That year Leica at the suggestion of Schmidt HK decided to celebrate this amazing lunar year 2000 with a special edition of M6, the Dragon. The Chinese have long followed a 12 month calendar based on creatures. On that year 2000, it’s the year of the Dragon.

The Dragon have unique position in the hearts of Chinese and also in both biblical representation as well as western folklore. Bruce lee, for example is known as the little dragon and his epic movie that brought the pride of Chinese to the big screen was the movie “Enter the Dragon”.

The limited edition would be released in a small run of 500 units of Leica M6. Each camera would bear a calligraphy character of the Chinese word for Dragon and Year 2000. I am not sure if Leica is aware of how rare is the combination of a millennium year that falls exactly on the Dragon.

The sales was just average with folks complaining about the origin of the idea being founded by Schmidt instead of Leica (though Leica has always been known to accept great ideas be it marketing or innovation and more importantly, it’s all produced by Leica).

One of the reason for the lacklustre sale was because the Limited Edition was seen to be made and targeted at China . It seems that the association of a luxury item and brand like Leica and China just isn’t glamorous. That was China in year 2000, which is also ironically known as “the sleeping dragon”.

China today is an awaken Dragon and it’s very hard to find these gems around . This Leica M6 became a milestone in the millennium year that saw the Dragon awakening and the China we know today .

When I first got this unit I was sceptical it would exceed my leica M7 in craftsmanship or the inspirational feel of holding one. I could not be more wrong . Leica chose to put the 0.85 finder in this Dragon, black paint and the M3 rewind knob.

The knob itself is a surprise to me when the body is placed into a beautiful leather holster, the fact that the knob isn’t protruding diagonally makes it so much easier to dress it up. I found that I could use a Leica M 240 holster or a M9 and it would just flush in beautifully.

The black paint is just so beautiful and the single stroke lever is so raw and like a piece of cut out metal.

This edition totally changed my mind on the craftsmanship of Leica films’ bodies limited editons. While the titanium version was cringe worthy and I sold that off quickly, this M6 dragon is an entirely new level of beauty as a tool.

If you could get find a used or new unit of this gem, use it . Forget about making it as a collector item unless you have two. It’s total injustice not to use this beautiful M6, or my opinion the most beautiful M6 so far.