This is a pavilion built at the left of the Putrajaya Botanical Park, Malaysia. The Botanical Park as well as Putrajaya itself has been an extremely popular spot for photography. There is practically not much people around during weekends because Putrajaya is where the Federal Government offices are located, hence, weekend it turns to a ghost town.

I do find these images too grainy to get used to, I am not sure at this point if its caused by a kind of exposure issue with the 1946 Kodak RetinaII camera or just the way the Gang Gang Geng shop scans them. They do looked very very filmic….wait a minute, this is film. In “retrospect” i am often intrigued by the numerous articles online describing the weakness of a camera in low iso (read: leica M…, Nikon 1) as being filmic. Having used and own all these cameras i can tell you one thing :
– There is nothing filmic about digital low iso noise.

Well, don’t get me wrong though, i am not endorsing film as anything superior, thats just as delusional as the other view. These are mediums that produces different results and feel and thats it. Film based cameras are extremely fun to use…..after you have mastered your basic that is. Digital is where you learn and train. If you are a pro, i would say, go digital straight, use film for the less serious stuffs. There will always be some Film Jedi’s around that will use film for professional stuffs, those are just exceptions, not a recommendation. I wouldn’t ask anyone to cycle to work just because i could (i wish this was true). But, the limitations set by working with films are often the chains we needed to control ourself and grow to greater heights.

Enough with all these guru talks, enjoy the photos and drop me some comments. 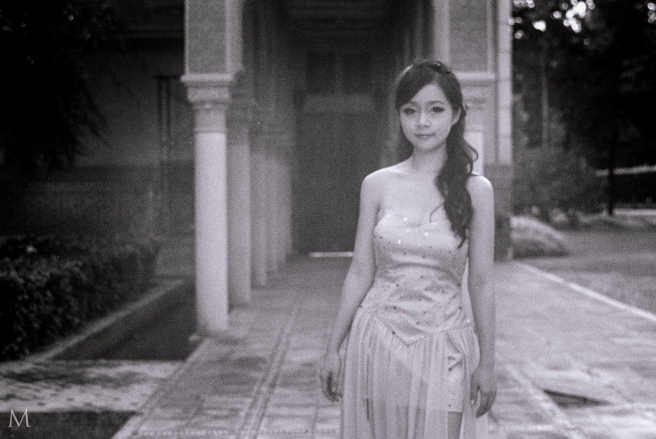 I am leaving the last post for the surprise here. Actually i never planned to use B&W in this shoot, but my Mamiya 645E encountered a file loading issue which most probably is due to my first time mounting film on it and i only got 1 shot off it.

This is the one, my first Medium Format film photo.

An entrepreneur from the 90s. Kindness is wisdom. View all posts by Marcus Low